In 2012, a writer, journalist and political commentator named John Derbyshire wrote an article that was supposed to be a non-black version of the talk that many black parents feel they have to give their kids today: advice on how to stay safe. In it, he offered suggestions such as:"Do not attend events likely to draw a lot of blacks," "Stay out of heavily black neighborhoods" and "Do not act the Good Samaritan to blacks in distress." And yet, in 2016, I invited John Derbyshire as well as Charles Murray to speak at my school, knowing full well that I would be giving them a platform and attention for ideas that I despised and rejected.But this is just a further evolution of a journey of uncomfortable learning throughout my life. 内容来自非常美文

When I was 10 years old, my mother was diagnosed with schizophrenia, a mental illness characterized by mood swings and paranoid delusions. Throughout my life, my mother's rage would turn our small house into a minefield. Yet, though I feared her rage on a daily basis, I also learned so much from her. Our relationship was complicated and challenging, and at the age of 14, it was decided that I needed to live apart from her. But over the years, I've come to appreciate some of the important lessons my mother taught me about life. She was the first person who spoke to me about learning from the other side. And she, like me, was born and raised in a family of committed liberal democrats. Yet, she encouraged me to see the world and the issues our world faces as complex, controversial and ever-changing.

One day, I came across the phrase "affirmative action" in a book I was reading. And when I asked her what the term meant, she spent what felt like an hour giving me a thorough and thoughtful explanation that would make sense to a small child. She even made the topic sound at least as interesting as any of my professors have. She explained the many reasons why people of various political views challenge and support affirmative action, stressing that, while she strongly supported it herself, it was important for me to view the issue as a controversial one with a long history, a questionable future and a host of complicating factors.While affirmative action can increase the presence of minorities at elite educational institutions, she felt that it could also disadvantage hardworking people of different races from more affluent backgrounds. My mom wanted me to understand that I should never just write off opinions that I disagreed with or disliked, because there was always something to learn from the perspectives of others, even when doing so might be difficult. 内容来自非常美文

But life at home with my mom was not the only aspect of my journey that has been formative and uncomfortable. In fourth grade, she decided that I should attend a private school in order to receive the best education possible. As a black student attending predominantly white private schools, I've encountered attitudes and behaviors that reflected racial stereotypes.Several of my friends' parents assumed within minutes of meeting me that my best skill was playing basketball. And it really upset me to think that my race made it harder for them to see me as a student who loved reading, writing and speaking. Experiences like this motivated me to work tirelessly to disprove what I knew people had assumed. My mother even said that, in order to put my best foot forward, I had to be patient, alert and excruciatingly well-mannered.To prove that I belonged, I had to show poise and confidence, the ability to speak well and listen closely. Only then would my peers see that I deserved to be there as much as they did.

Despite this racial stereotyping and the discomfort I often felt, the learning I gained from other aspects of being at an elite private school were incredibly valuable. I was encouraged by my teachers to explore my curiosity, to challenge myself in new ways and to deepen my understanding of subjects that fascinated me the most. And going to college was the next step. I was excited to take my intellectual drive and interest in the world of ideas to the next level. I was eager to engage in lively debate with peers and professors and with outside speakers; to listen, to learn and gain a deeper understanding of myself and of others. While I was fortunate to meet peers and professors who were interested in doing the same thing, my desire to engage with difficult ideas was also met with resistance. 内容来自非常美文

To prepare myself to engage with controversy in the real world, I joined a group that brought controversial speakers to campus. But many people fiercely opposed this group, and I received significant pushback from students, faculty and my administration. For many, it was difficult to see how bringing controversial speakers to campus could be valuable, when they caused harm. And it was disappointing to me facing personal attacks, having my administration cancel speakers and hearing my intentions distorted by those around me. My work also hurt the feelings of many, and I understood that. Of course, no one likes being offended, and I certainly don't like hearing controversial speakers argue that feminism has become a war against men or that blacks have lower IQs than whites. I also understand that some people have experienced traumatic experiences in their lives. And for some, listening to offensive views can be like reliving the very traumas that they've worked so hard to overcome.Many argue that by giving these people a platform, you're doing more harm than good, and I'm reminded of this every time I listen to these points of view and feel my stomach turn. 内容来自非常美文

Yet, tuning out opposing viewpoints doesn't make them go away, because millions of people agree with them. In order to understand the potential of society to progress forward, we need to understand the counterforces. By engaging with controversial and offensive ideas, I believe that we can find common ground, if not with the speakers themselves, then with the audiences they may attract or indoctrinate. Through engaging, I believe that we may reach a better understanding, a deeper understanding, of our own beliefs and preserve the ability to solve problems, which we can't do if we don't talk to each other and make an effort to be good listeners.

But soon after I announced that John Derbyshire would be speaking on campus, student backlash erupted on social media. The tide of resistance, in fact, was so intense, that my college president rescinded the invitation. I was deeply disappointed by this because, as I saw it, there would be nothing that any of my peers or I could do to silence someone who agreed with him in the office environment of our future employers. copyright verywen.com

I look out at what's happening on college campuses, and I see the anger. And I get it. But what I wish I could tell people is that it's worth the discomfort, it's worth listening, and that we're stronger, not weaker, because of it. When I think about my experiences with uncomfortable learning, and I reflect upon them, I've found that it's been very difficult to change the values of the intellectual community that I've been a part of. But I do feel a sense of hope when I think about the inpidual interactions that I've been able to have with students who both support the work that I'm doing and who feel challenged by it and who do not support it. What I've found is that, while it can be difficult to change the values of a community, we can gain a lot from inpidual interactions. 本文来自非常美文网

While I didn't get to engage with John Derbyshire due to my president's disinvitation, I was able to have dinner with Charles Murray before his talk. I knew the conversation would be difficult. And I didn't expect it to be pleasant. But it was cordial, and I did gain a deeper understanding of his arguments. I found that he, like me, believed in creating a more just society. The thing is, his understanding of what justice entailed was very different from my own. The way in which he wanted to understand the issue, the way in which he wanted to approach the issue of inequality also differed from my own. And I found that his understanding of issues like welfare and affirmative action was tied and deeply rooted in his understanding of various libertarian and conservative beliefs, what diminishes and increases their presence in our society. While he expressed his viewpoints eloquently, I remained thoroughly unconvinced. But I did walk away with a deeper understanding. 内容来自非常美文

It's my belief that to achieve progress in the face of adversity, we need a genuine commitmentto gaining a deeper understanding of humanity. I'd like to see a world with more leaders who are familiar with the depths of the views of those they deeply disagree with, so that they can understand the nuances of everyone they're representing. I see this as an ongoing process involving constant learning, and I'm confident that I'll be able to add value down the line if I continue building empathy and understanding through engaging with unfamiliar perspectives. 本文来自非常美文网 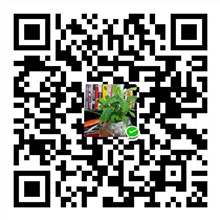 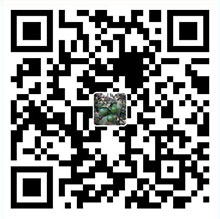 How to Make Him Value You Sincerely